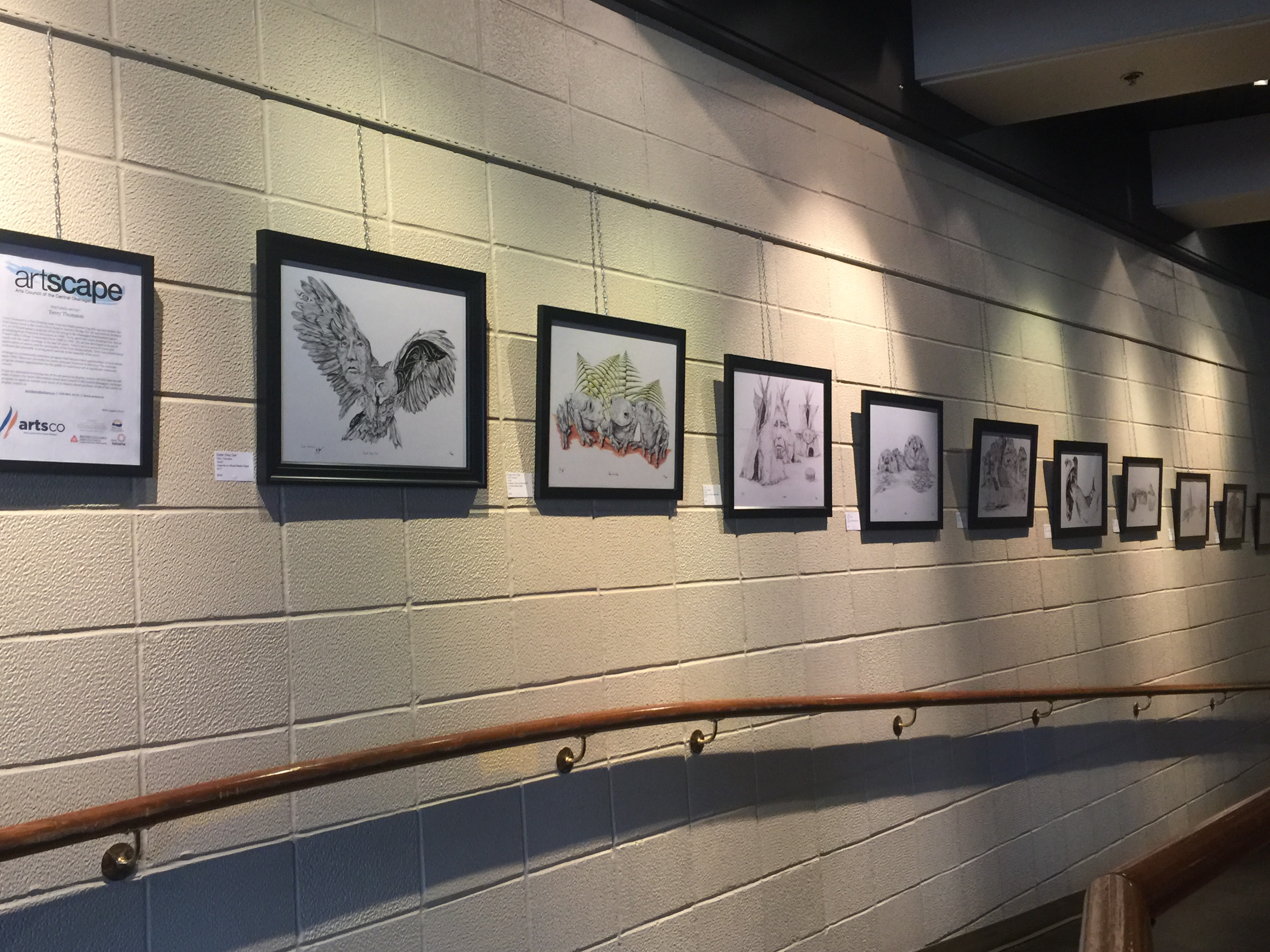 Terry Thomson is a First Nations male from the Nlaka’pamux (Ing-kla-cap-ma) Nation. His First Nation band is the Cook’s Ferry Band in Spence’s Bridge B.C.

Born in Smithers B.C. in 1970, he has spent a majority of his life living in the Okanagan/Similkameen region. Terry graduated from Princeton Secondary in 1988 and spent two years studying Fine Arts at Fraser Valley College (University) from 1988 to 1990.

Terry’s art has developed as he got in touch with his native heritage over the last 10 years. His art is a union of a love and appreciation of nature and the spirituality of his First Nation beliefs. Terry has utilized many mediums but presently is using pencil and ink in the majority of his work.